Here’s all you need to know about how the upcoming turning point in Ethereum will affect our services, our partners, and what's our vision for the future.

The Merge is hands down the largest and most complex upgrade in the history of Ethereum.

It’s also arguably the single most significant event in crypto since Ethereum introduced the concept of a general-purpose smart contracts platform to the world - and we’re nearly there.

As such, it’s only logical that it raises quite a few questions. How it will broadly affect the global crypto community? And on a more specific note, how will it affect Ramp, our partners, and our users?

In the rest of this article, you’ll learn what the Merge is and isn’t, when exactly is it taking place, and how it affects our services, our partners, and our users.

What is the Merge

In a nutshell, the Merge is the planned upgrade of the Ethereum blockchain consensus system from the current proof-of-work (PoW) mechanism to proof-of-stake (PoS).

The event will see the Ethereum Beacon chain (where the new PoS mechanism is being tested for the past several months) merged with the current PoW chain’s state.

This new blockchain - formerly dubbed ETH2 - will carry over Ethereum’s entire history, but replace miners (and mining) with validators.

Here’s a cool video by Finematics that explains what’s in the Merge in more detail:

When is the Merge happening?

The Merge is the culmination of nearly two years of research and testing. The actual proof-of-stake Beacon chain is online since 2020. 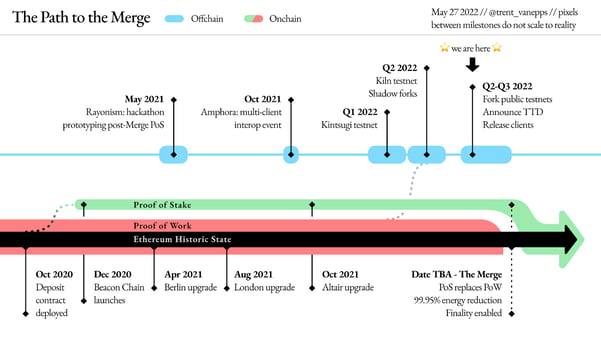 The first step of the Merge will happen with the Bellatrix update, slated for 11:34:47am UTC on 6 September. [UPDATE: Bellatrix has been successfully activated].

The second and final update, called Paris, which will deactivate the PoW chain, doesn’t have a set date since it depends on when the network will reach an arbitrary total terminal difficulty value of 58750000000000000000000. This depends on many factors, so it’s kind of a moving target.

The actual moment is estimated to be between 10-20 September - with some estimating a high probability around 13 September.

You can follow the most recent estimate on Wen Merge. 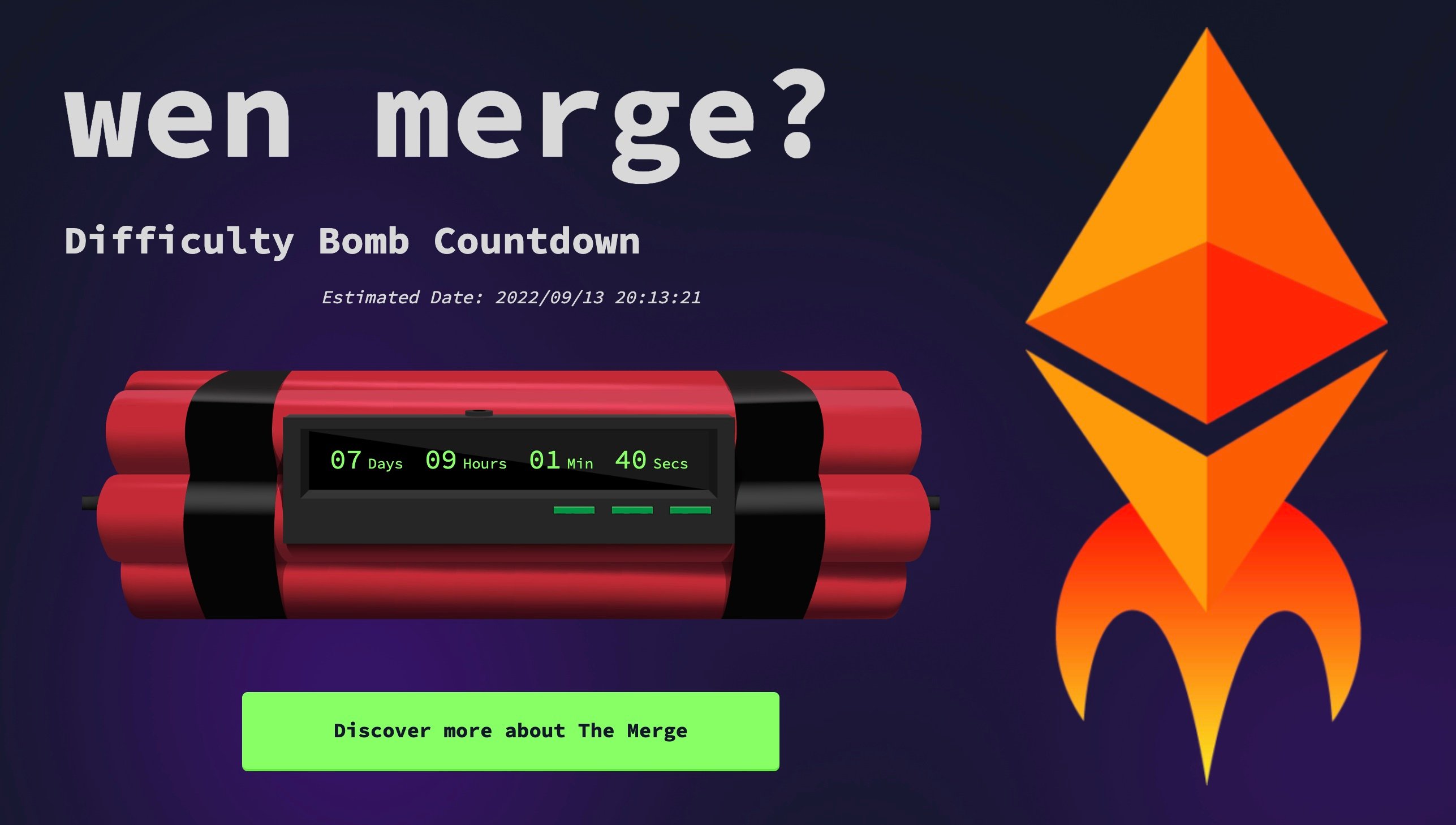 What will the Merge change?

There’s a lot of confusion and misunderstanding around what the Merge will actually do, and what it won’t. Let’s start by clearing up some misconceptions:

The Merge will NOT:

How will the Merge affect Ramp, our partners, and our users?

The Merge itself has been designed to happen smoothly and with no downtime. However, given the complexity of the process and the sheer amount of funds at stake, we’re taking every precaution to safeguard our customers and partners.

This means that we’ve decided to pause all Ethereum-based transactions during the expected moment of the Merge.

Here’s what will be affected:

Ethereum representations running on other blockchains (like ETH on BNB for example) won’t be affected.

How long will the pause last?

We’re pausing the aforementioned operations 2 hours before the estimated time of the Merge to avoid any risks.

We’ll then run a battery of tests to make sure that everything is working as intended before resuming transactions across all affected blockchains. As soon as we’re satisfied with the results, we’ll announce the resumption of operations.

We expect this to take less than 2 hours from the moment of the Merge.

Which blockchains will be affected?

The pause will affect Ethereum and all supported Layer 2s (L2s) running on top of Ethereum. This includes Arbitrum, Optimism, Starknet, zkSync, StarkX, Loopring, and ImmutableX.

Which cryptoassets will be affected?

Transactions involving Ether (running both on Ethereum or on any of the affected L2s), Ethereum ERC-20 tokens, and any other tokens running on L2s will be temporarily unavailable during the Merge.

You can see a list of all our supported tokens here.

What happens in the event of a proof-of-work hard fork?

Whatever happens, there will be only one ETH token, and that’s the one from the ensuing proof-of-stake Ethereum network.

However, if there is enough support for a hard fork, there’s a chance that the proof-of-work blockchain may live on, leading to a separate ETH PoW token.

Should this be the case, we’ll assess the resulting chain from the technical, security, and liquidity standpoints, and then investigate what impact (if any) this would have on our partners and users. This is the same rigorous vetting that we’d subject any other new token to.

If after this process we deem that it’s safe to do so, we’ll then take all the necessary steps to support the new network and token.

Ramp and the future of Ethereum

Finally, we’d like you to take a moment to contemplate just how incredible this achievement is.

In the span of just a few years, Ethereum has revolutionized the way we interact with finance, digital identity, economic incentives, and the web itself. And this is just the beginning!

Both as a company and as humans, as advocates for a fairer, more accessible digital life, we salute this merry bunch of misfits and what they’re bringing into this world.

We’re proud to carry on the Ethereum ethos in our own mission to make Web3 a reality for all.

To Vitalik and the Ethereum team, our best wishes and unbridled support. BUIDL on, folks!

Please reach out to us if you have any questions or need help navigating this transition period.

Why we are so excited about Layer2s on Ethereum

If you’ve been around for long enough, you might have been a part of the “where are Layer 2s?” discussion at least three times. Every time new trends take hold on... 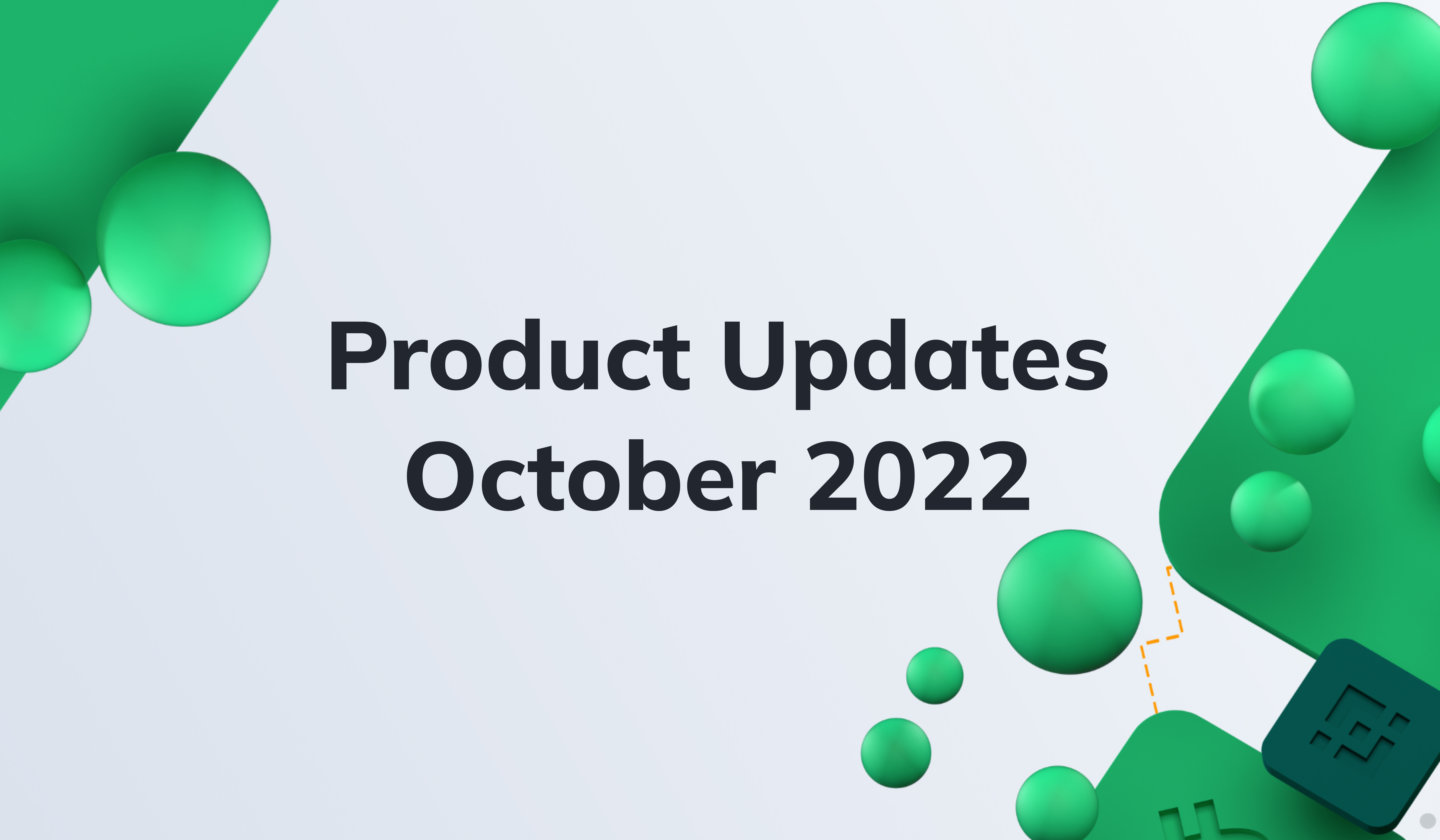 BUIDLing continues in full swing this October here at Ramp. Here are some fresh updates right out of our product oven.