For many people, it's still not clear what web3 is. But in reality, the list of existing and flourishing web3 projects is already extensive. If you're interested but not yet convinced about the value of web3, take a look at this list which includes some of the most exciting web3 projects out there.

What are web3 projects?

Web3 projects rely on the fundamentals and principles of blockchain technology. They are decentralized and permissionless. They don’t require trust from the user or developer. They don’t steal value but instead they reward for participation, development, and engagement.

Then, how to identify the ones with immense potential? Even though it’s still difficult to predict the future of blockchain, dApps, and various networks, we listed 6 real examples of web3 projects that are likely to continue with us well into the future.

The Ethereum network had been plagued by extreme congestion due to increased usage and low throughput. And, as more and more transactions need to be confirmed, the price of each transaction (or “gas fee”), increases - making them not just slow, but costly.

One of the most promising examples of those are optimistic rollups – smart contracts that execute transactions off-chain and post only the results of computations to their base layers. Thanks to that, calculations are done in a faster and cheaper way.

Arbitrum is a layer 2 (L2) scaling solution and a leading web3 project in the optimistic rollup space. It relies on the robustness of Ethereum for its security, and adds a greatly increased transaction capacity at a much lower cost than its base layer.

This L2 chain was initially constrained by the slower and less energy-efficient Proof-of-Work consensus of Ethereum - but that has changed with The Merge, an upgrade that turned Ethereum into a Proof-of-Stake blockchain.

Arbitrum gives web3 developers tools to build apps and solutions that are not only faster and cheaper in use but also compatible with other Ethereum-based tools.

Moreover, end-users also can benefit directly from Aribtrum’s optimistic rollup. They can easily bridge their assets from Ethereum to the Arbitrum network and carry out significantly cheaper transactions, for example, while buying NFTs.

Rollups are not the only blockchain projects to address Ethereum’s chain congestion and high fees. One of the first layer-2 scaling solutions that attracted the attention of web3 enthusiasts and developers was Polygon.

Polygon positions itself as the “Ethereum’s Internet of Blockchains.” Its goal is to help the congested Ethereum network scale by providing developers with tools to build their own layer-2 scaling solutions.

Thanks to Polygon, developers can build rollups and other features (such as sidechains) and connect their projects with others running on Ethereum.

Like Arbitrum, Polygon is another example of a web3 project that provides value for both developers and their end users.

While coders can easily design dApps with built-in scaling solutions, users benefit from the Polygon bridge, which enables them to enjoy quicker and significantly faster transactions on the Ethereum network while paying lower gas fees – leaving more funds on their web3 wallets.

In web3, users can not only save their funds and earn money because of successful investments. Projects belonging to the so-called play-to-earn category of apps allow them to earn cryptocurrencies while playing games.

Axie Infinity caught the attention of many investors in 2021. The game became so popular that its users developed entire communities and guilds to exchange best practices and revenue-sharing opportunities.

The unique idea behind Axie Infinity enabled players to create their own in-game economics and earn real money while trading NFTs and fungible tokens, which they acquired while playing the game.

As the price of game-related tokens spiked significantly, users could treat them as a source of passive income too.

Axie Infinity is a perfect example of a web3 project that can create a fundamental change in the world. The growing adoption of crypto and rapid development of play-to-earn games will result in more people participating in them over the coming months and years.

The blockchain space remains substantially fragmented and mostly not interoperable. Protocols and tools still compete with each other to become “the main force” of the internet of the future.

While competition remains beneficial for web3 development, it hinders blockchain accessibility for ordinary users and even coders. They just don’t know which network to choose – both for creating dApps as well as daily activities related to crypto investments, for example.

They're used to low friction and highly polished user experiences that successful e-commerce firms have delivered on web3. And they want the same on web3.

Polkadot doesn’t want to compete with well-known networks like Ethereum. On the contrary, the project’s goal is to connect Ethereum-based tools and solutions with other chains so that they can be perfectly interoperable.

Then, users deterred by more complicated solutions (e.g., bridges) will be able to use UX-friendly and familiar tools instead.

Harmony: a sharding solution for web3

What happens when we combine Polkadot's interoperability with Ethereum's scalability? The answer is Harmony.

Harmony is an example of a web3 project trying to solve the blockchain trilemma.

As blockchains always have to balance scalability, security, and decentralization, the innovation behind Harmony purportedly enables it to achieve all these three goals. This is possible thanks to the first successful implementation of a sharded Proof-of-Stake blockchain.

As sharding remains one of the most promising layer2 scaling solutions for congested Ethereum blockchain, its usage in the real-world web3 project draws the attention of many blockchain enthusiasts.

Moreover, Harmony was able not only able to implement sharding (and achieve scalability of the chain) but also to make its network interoperable with Ethereum-based solutions and decentralized at the same time.

The Sandbox: NFTs matter in web3

In 2021, NFTs surpassed “crypto” and “Ethereum” in Google searches. Non-Fungible Tokens were all the rage, bringing great returns as well as big FOMO (fear of missing out) for investors and web3 enthusiasts.

However, the usefulness of NFTs goes beyond just investment. This kind of token can have built-in utility, attached very much to the case of ownership in the digital world.

Thanks to NFTs, people can own and prove their identities, and ownership of digital assets, as well as a plethora of other uses - besides trading NFTs themselves, of course.

The Sandbox is a perfect example of a web3 project created on top of the utility of NFTs. It’s a vast ecosystem focused on combining economics with gaming experiences.

Thanks to combining NFTs with the marketplace (Sandbox Marketplace) and tools for non-fungible token creation (VoxEdit), players and designers can earn money for their virtual activities. They can even build their own play-to-earn games – using the Game Maker solution.

How to develop a web3 project?

The list of web3 projects is ever-expanding. As the industry is still in its early days, the space for innovative crypto projects and disruptive ideas is near limitless.

We encourage you not only to observe and follow but also to create web3 projects of your own. We prepared several tutorials and guides that we hope you'll find useful when learning or planning your career in blockchain  – as a developer, marketer, or another member of the team:

How to become a web3 developer

If you want to become a web3 developer, you’ve chosen a great moment. Even though the industry is still in its a relatively early growth phase, there a stacks of... 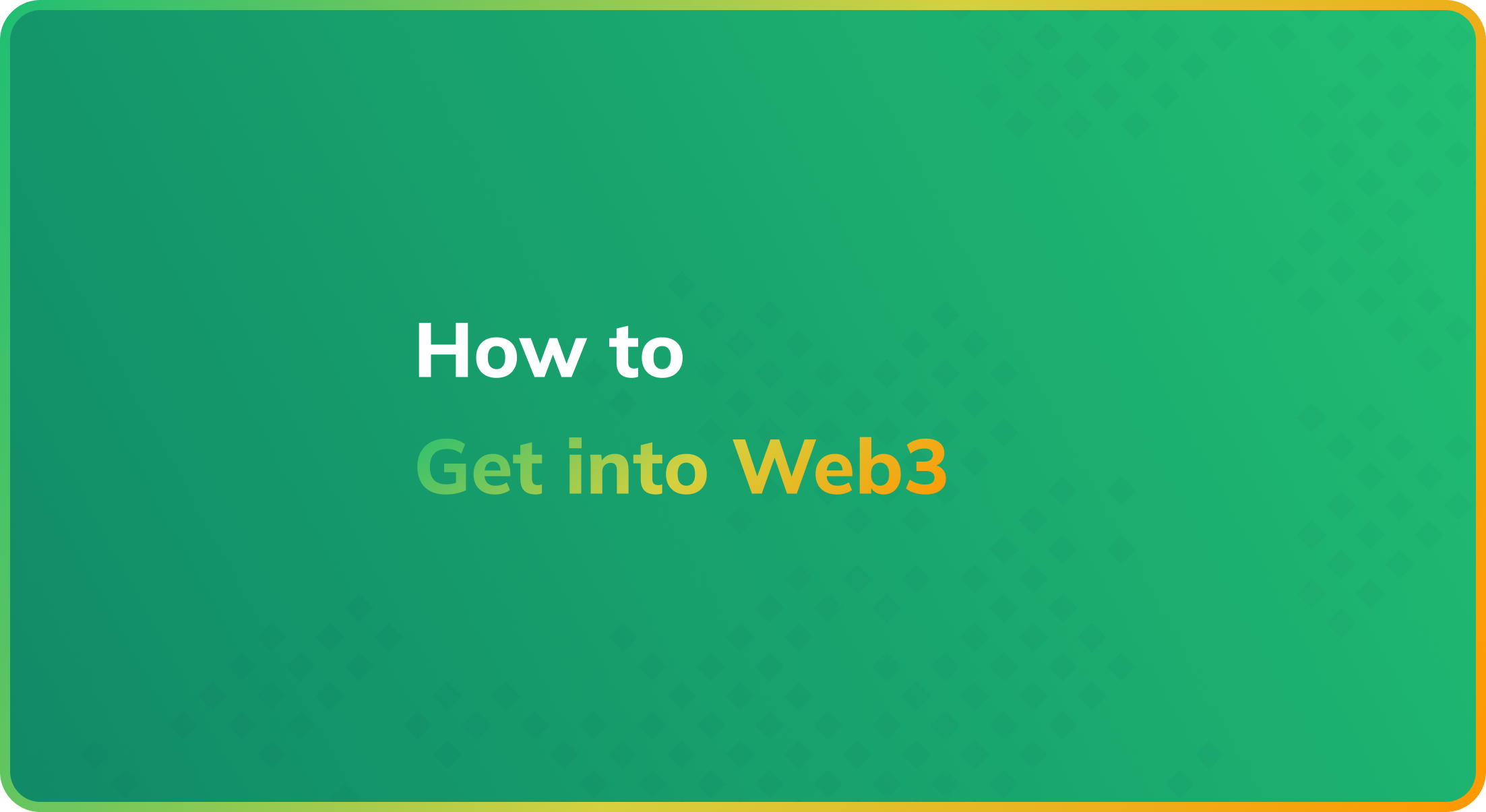 How to get into web3

Growing excitement about blockchain, cryptocurrencies and web3 is driving people to join an upcoming technological revolution.