The latest investment round brings the total raised by Ramp to $122.7m over the past 12 months alone, despite the current crypto bear market.

We’re thrilled to announce that we’ve just secured $70M in our series B funding round, co-led by Mubadala Capital and Korelya Capital, with participation from Balderton Capital and Cogito Capital.

This new round brings the amount we raised over the past 12 months to nearly $123M. We plan on using this funding to invest further into our product line, add local fiat currencies and payment methods, expand into new territories, and continue to hire the best talent in the market. 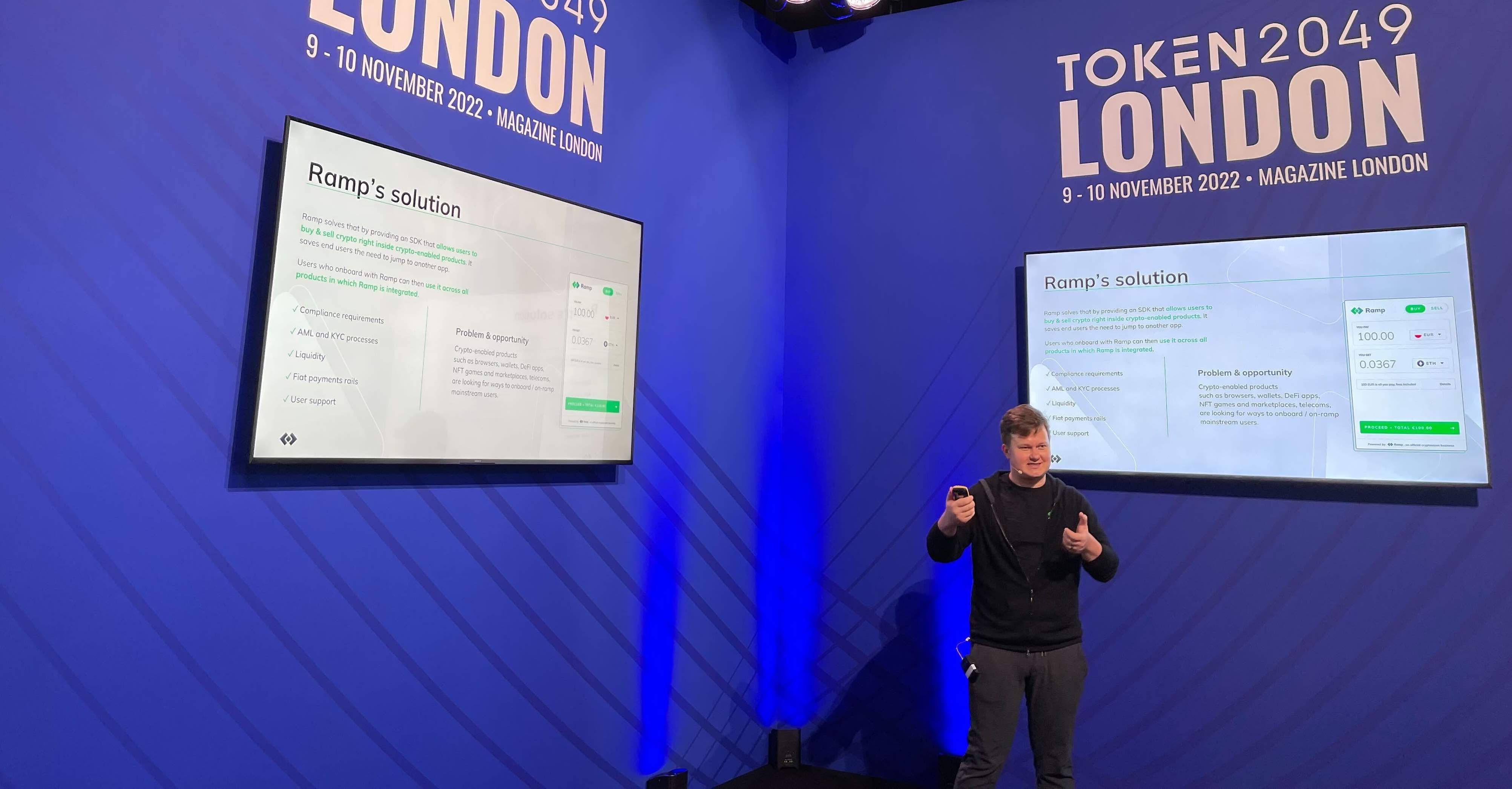 Our CEO Szymon Sypniewicz announces the closing of the round on stage during Token2049 London.

Even within the context of a bear market, we’ve experienced substantial growth over the past year.

Our transaction volumes in 2022 (year to date) have increased by almost 240% compared to the same period of 2021. Meanwhile, the total number of unique users coming from our integration partners has increased by over 600%.

While layoffs and hiring freezes have been the norm across the industry, the number of employees at Ramp has increased seven-fold in the last year, to more than 200 today.

Our goal is to keep building infrastructure to make Web3 easy and accessible. Despite current market conditions, we see a growing trend of web2 companies looking to move into Web3, and we’re uniquely positioned to help them through this transformation. That’s why we’re doubling down on growth. A bear market is a builder’s market, and we’re fully committed to our vision. -- Szymon Sypniewicz, co-founder and CEO at Ramp.

A warm welcome to our new board members

Following this investment round, Mubadala Capital’s Frederic Lardieg joins the company’s board as a director.

Ramp has established a clear lead in the crypto gaming space by delivering a superior user experience, leading conversion rates and strong regulatory compliance. We’re deeply impressed with the company’s team and growth trajectory and we’re thrilled to support the management in its vision to make web3 easier to access. -- Frederic Lardieg at Mubadala Capital Ventures.

Likewise, Paul Degueuse, partner at Korelya Capital, joins the Ramp board as an observer.

Web3 needs a strong, compliant and easy to use on-ramping solution to enable the onboarding of the next wave of mass market users and we believe Ramp can play a decisive role in the space with the potential to become a key infrastructure globally. Korelya will be supporting the team in its Asian expansion, one of the largest markets for web3 applications. -- Paul Degueuse, partner at Korelya Capital.

The news has been well-received by the media, despite a busy news cycle and recent crypto drama - bucking the negative trend a bit. Here are some highlights: 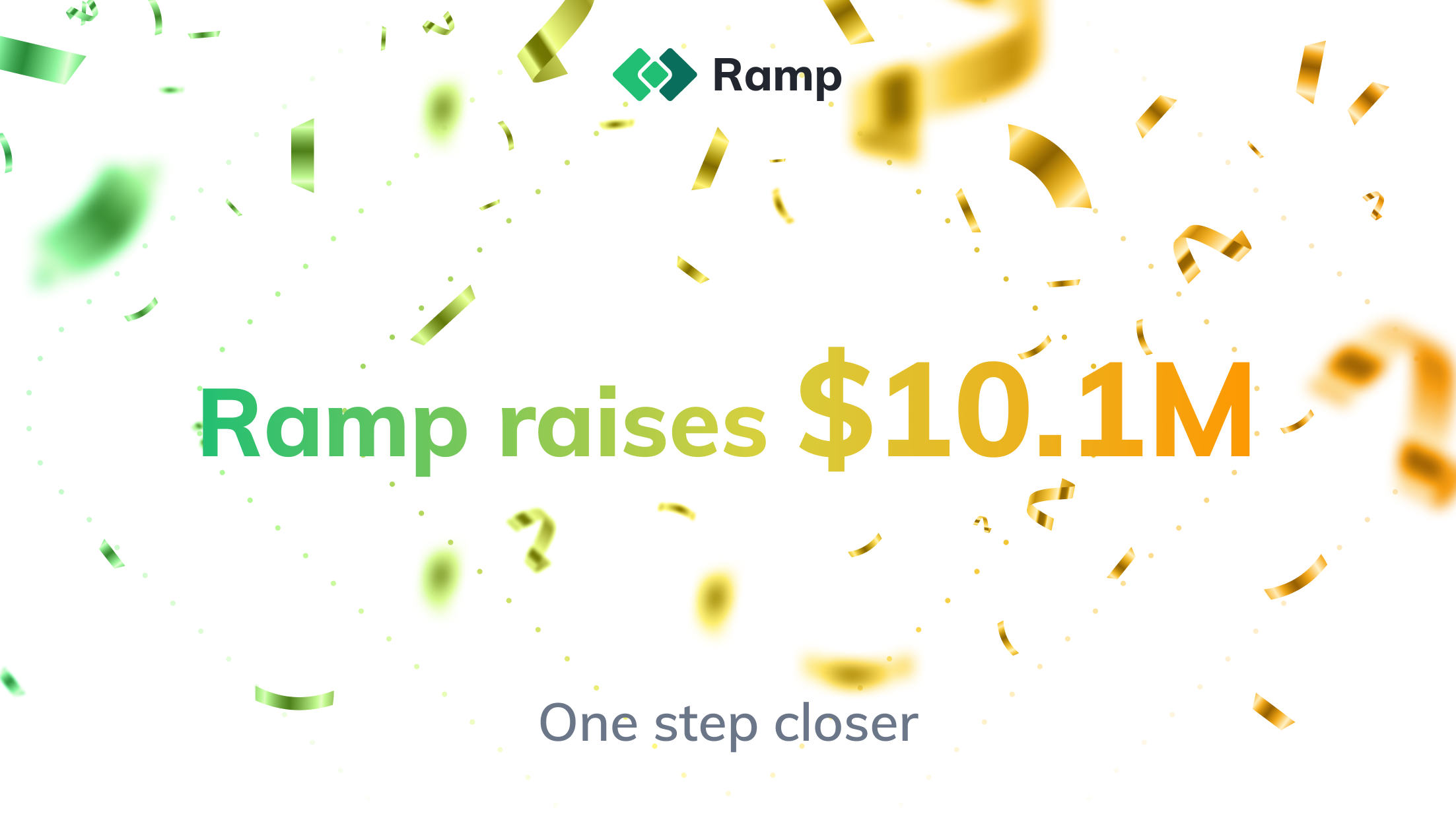 We’re delighted to announce that we have raised $10.1 million in funding to take Ramp to the next level and continue pushing the frontier of what's possible in the...
Szymon Sypniewicz
Read More 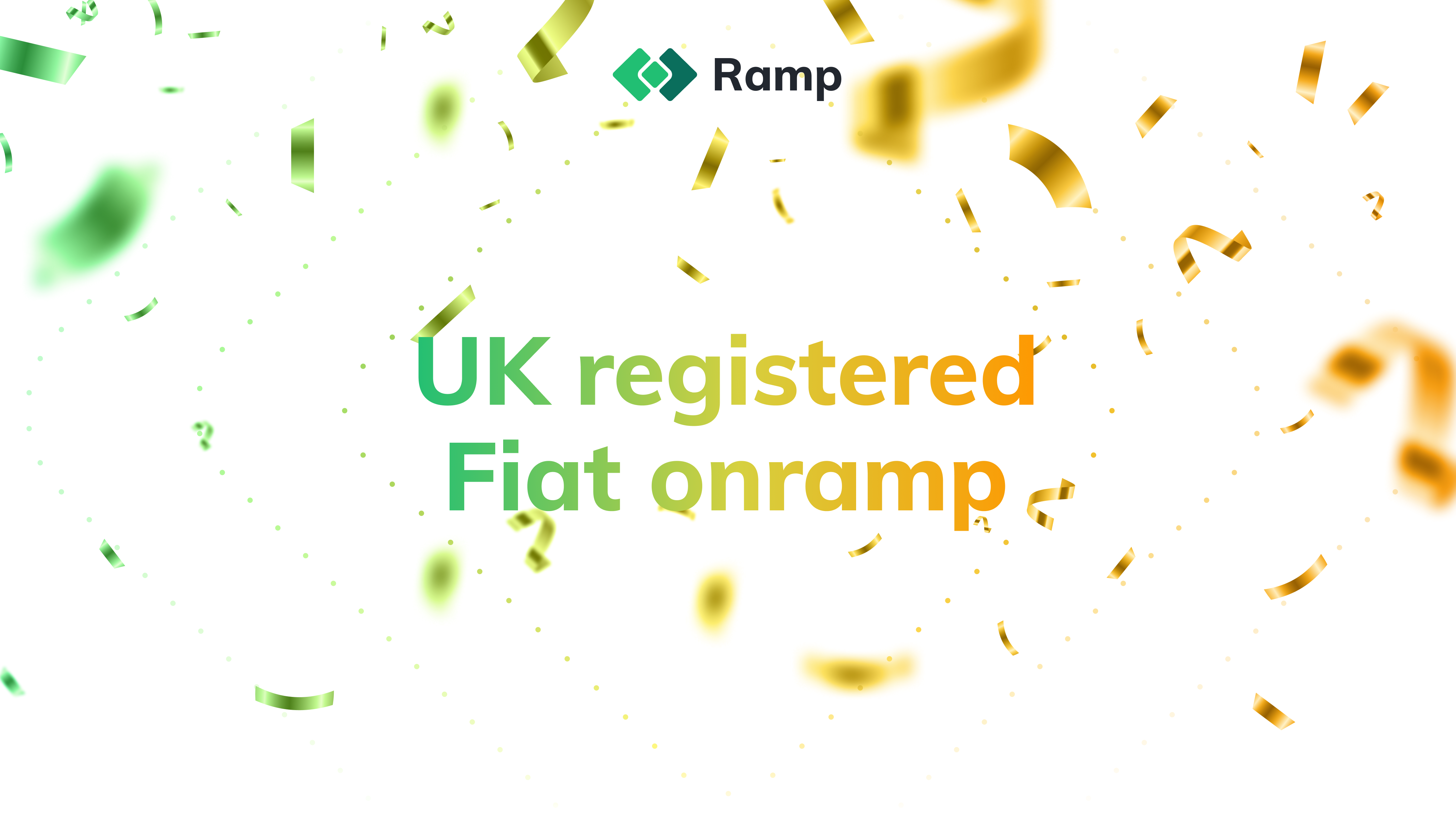